SYSTRA and the Return of Trams to Aarhus

After the closure of its last line 47 years ago, SYSTRA has helped the tramway return to Aarhus. The inauguration of the first 7km (4.3-mile) phase took place on 21 December 2017.

The Letbane network in Aarhus is built upon a tramline and a tram-train line, which operate separately as lines 1 and 2. As subcontractor to our local partner COWI, SYSTRA signed a contract in October 2010 to deliver studies and construction supervision for both lines.

The project began with preliminary studies and the writing of technical specifications for subsystems – power supply, track, signalling, telecommunications studies and maintenance installation, amongst others. From September 2014 until December 2017, SYSTRA teams worked alongside the client, Aarhus Letbane (a state- and city-owned company responsible for the construction, operation and maintenance of the LRT network), performing the detailed design review, construction supervision, and testing and commissioning of the transport system.

The next phase of the project will be inaugurated during 2018; for line 2 this will involve an additional 5km (3.1 miles) of new track in the urban section and 19 stations. Line 1, which is an electrified conventional railway adapted for tram-train traffic, with 50 stations in total, will also open.

Romain Taillandier, Project Manager, explains: “This wonderful project is a real achievement for SYSTRA. It has lasted seven years and reinforced our position and reputation as a leading engineering firm for the development of rail networks in Denmark.

“SYSTRA was heavily involved in the systems integration, integral to all tramway projects and one of the many challenges we encountered along the way. Two types of rolling stock use the same infrastructure, which is split into two sections: a new one and an existing one.”

Aarhus is the second largest city in Denmark, encompassing approximately 330 000 inhabitants. Travel demand has doubled over the past ten years as a number of housing developments have been created, as well as an extension to the university hospital.

The new LRT system will make daily transport more fluid, with around nine million passengers per year expected, over 24 000 each day. Even though the Nordic countries are fond of tramways (Oslo, Stockholm and Helsinki in particular), the new system in Aarhus is the first new network of the 21st Century. 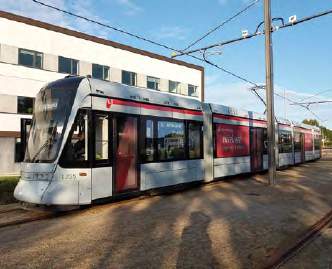 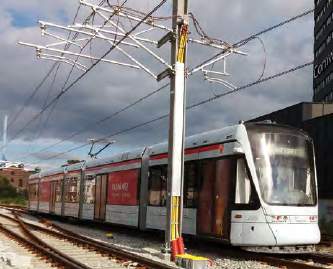 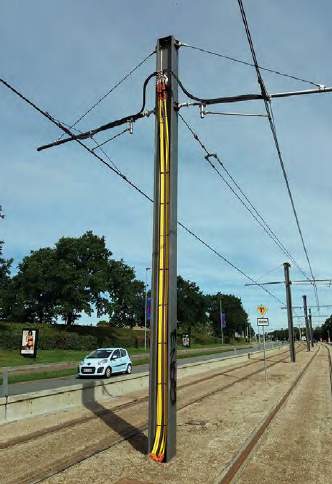 ABOVE LEFT and right: SYSTRA has worked on the Aarhus LRT project for seven years: from the initial specification stage, through to design reviews and project management. The company is bringing its international expertise to a range of other projects in Scandinavia. Courtesy of SYSTRA

SYSTRA has a long track record in tram and tram-train planning and engineering, having delivered over 500km (310 miles) of light rail. The Group has led projects in a large variety of city contexts, including Odense, Bordeaux, Tours, Besançon, Dubai, Casablanca, the Paris suburbs, Algiers, Brest and Nice.

SYSTRA has the capability to produce designs from preliminary to construction levels, to supervise construction and manage system integration to the commissioning phase. Our teams work for end users, asset owners and contractors.