Can I Borrow Your Bike Scheme Please?

Since London followed Paris into the world of Public Bike Share (PBS), the British capital has been attracting a huge amount of attention amongst those interested in promoting cycling as transport. Now there are more than a dozen PBS schemes across all of the UK. But is it the best solution for your town or city?

Following the fanfare of the (then) Barclays Cycle Hire launch in summer 2010, UK cities watched with interest to see whether this would catch on.

The high profile roll out and positive media coverage of London’s project led to a bit of clamour from councillors in other towns and cities to adopt their own schemes, and why not? At face value, PBS promises to fulfil many of those demands common to all urban areas; better air quality, a healthier and fitter population, and for some an introduction to cycling for a section of the population who might never have tried it before.

Now, after a relatively short time there are over a dozen PBS schemes operating across the UK. This is in addition to other similar projects such as the innovative Brompton Bike Hire and various university campus-based bike loan schemes which, although promoting bike hire, have rather different business operating models. 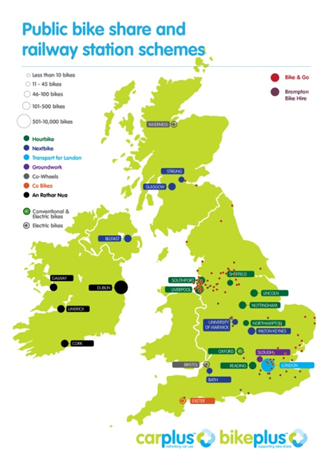 SYSTRA has become something of a specialist in PBS feasibility studies, having undertaken half a dozen studies for local authorities across the UK. Carrying out this work has given us the opportunity to speak to lots of people involved in delivering and using these schemes, both within and outside of the UK. While SYSTRA would generally applaud the consideration of such schemes, they are not a magic bullet solution to municipal transport ills and when considering these projects a few broad rules need to be kept in mind:

If a PBS scheme isn’t for you, or you’re struggling to make the finances stack up, there are a number of other types of loan scheme that can be effective.

Employer based or ‘community campus’ student schemes generally offer loan of a bike and equipment, offer training, advice on how to look after your bike and information on local routes for cyclists. Other schemes such as Dundee’s Bike Boost and Big Birmingham Bikes work by offering bikes to sections of a community who may not otherwise be able to access them.

As such, these schemes are relatively intense and costly per individual but deliver a high payback in being more bespoke. Community loan schemes can also be highly effective at targeting non-traditional markets. They may appeal to the types of people who would be very unlikely to consider taking up cycling were it not for the personal touch that these schemes offer. The exceptionally high retention rates that a scheme such as Lewisham’s Bike Loan Scheme has generated are testament to this.

Each scheme requires processes to be established that will work for the target user markets. However, once these schemes are running and the process of promoting the loan service, issuing the bikes, training the individual, returning and maintaining the bikes has been set up, they can continue to be delivered at a reasonable ongoing operational cost. Some of these costs can be managed by working with appropriate local partners such as bike recycle or maintenance organisations or local trainers.

There is little doubt of the positives that delivery of PBS schemes can bring and certainly not in just transport terms. Within the UK, evidence shows that they can have a significant impact on the cycling culture of a city and help accelerate the uptake of cycling. But they are likely to necessitate ongoing external financial and logistical support.

Whether a city chooses to implement one, and whether it’s is the right solution...well perhaps that’s where we can help...

This was first published by JMP on 27th November 2016.