It all happened very quickly, a staff email regarding a cycle challenge, and before I knew it I had signed up to be in a team of six participating in a work cycle challenge. The first task at hand didn’t require anything to do with the bike itself but rather picking the team name. Rejections for suggestions came in hard and fast and after much deliberation the name was agreed on – Cycle Killers (Qu’est-ce que c’est). After that, I turned to my bike. It had been over nine months since I had cycled so there was some fixing up to be done, tubes to be changed and tires to be pumped. The helmet and high vis was also rooted out, I was ready. Although I have been cycling in Dublin now for over three years, I rarely have the confidence to cycle certain routes that do not have cycling infrastructure in place. For me, the most efficient route to work requires cycling across O’ Connell Bridge through Westmoreland Street and in front of Trinity during rush hour. This route is crowded with buses, cyclists, cars and the Luas all fighting for their space on the road and so building up my confidence was a must. This year I braced myself for it, as cycling is the most efficient way to travel to work. It was easy to motivate myself to keep up with the challenge as the team spirit was alive in the office. We entered the photo competition with my elaborate, and ambitious, idea of making a human bike. We held high hopes of winning the competition to grab the prize of a cycle goodie bag. Despite some slight hold backs, and after much required enthusiastic convincing of the team to participate in the photo, we had everything we needed to take the shot; an idea, a photographer, the weather and the whole team. It all proved worth it in the end when we won the competition with our photo being described as “a brilliant work of art”. Most of all, it was just fun to have everyone in the team photo and to come into work and see a copy of the photo pinned to everyone’s desk. 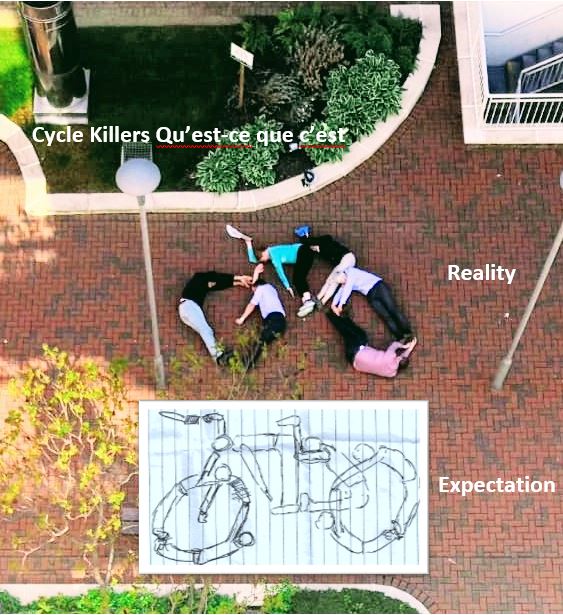 I needed a boost in confidence to get back out on my bike cycling this year. Dublin can be very intimidating to cycle on certain routes where taxis, buses and cyclists are bundled into one lane, especially during rush hour. The cycle challenge fell at the ideal time to encourage me to get back on my bike as the weather was improving and I could no longer come up with a good enough excuse to not cycle. I love cycling as a means of travel, it’s quick, good for your health and is an environmentally beneficial means of travel, yet I worry about safe provisions for cycling in Dublin. Since beginning the cycling challenge, I have taken 27 trips in 21 days. I have had one minor accident on the bike but it hasn’t stopped me, the challenge may have ended on the 30th of May but I will continue to cycle. 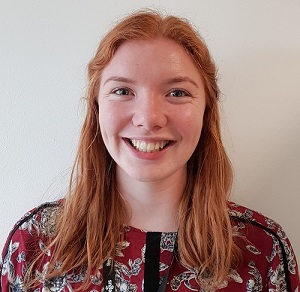 Meet some of the SYSTRA team at Velo 2019