Star... Not the Ones in the Sky

…Rather the Scottish Transport Applications Research (STAR) Conference which took place on 24th May and, in its thirteenth year, is now a well-established annual event for the diary of transport professionals across Scotland as well as further afield.

The conference was opened by Humza Yousaf, Minister for Transport and the Islands. The Minister commented his number one priority is to ensure safety on our transport network – highlighting the success of the A9 average speed cameras and managed motorways system forming part of the new Queensferry Crossing.

The Minister also touched on the sustainable transport agenda and drive to decarbonise transport by 2050, noting the first LEZ Pilot will be established in Scotland next year, commitment of the current Government to continued investment in active travel as well as the inclusion of a workplace parking levy in the Draft Climate Change Bill. The Minister also acknowledged challenges lay ahead, particularly in the context of Brexit – raising the impact on infrastructure projects and related workforce requirements, imports/exports and associated demand for haulage as well as the coach/touring industry both here in Scotland, wider UK as well as on the continent.

As well as challenge, there is though also opportunity with the National Transport Strategy (NTS) review underway. A presentation from the team leading the review, outlined that NTS2 will be published in 2019 and the results of the Early Engagement Survey due out this month with a concurrent call for evidence also open until mid-July. 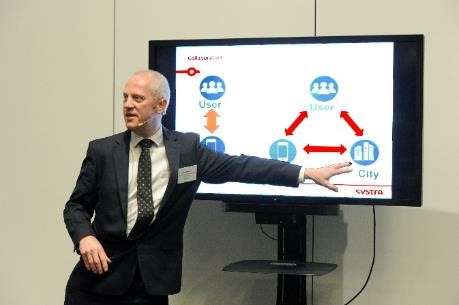 Following in the footsteps of the Minister was the keynote speaker for STAR 2017 – our very own Martin Higgitt, Sustainable Transport & Travel Market Director. Martin, gave a thought provoking presention on the ‘hot topic’ of Mobility as a Service (MaaS), outlining the opportunities and also risks in an uncertain world. Martin’s presentation received warm praise from the STAR programme committee and delegates – watch out Martin, you might be invited back next year!

After the morning plenary session, there were morning and afternoon themed sessions covering a range of topics from modelling, appraisal, sustainable transport and emissions. There was active participation from SYSTRA with a number of papers reaching the conference programme. Iain Clement and Robert Allan presented in the ‘Evaluating Infrastructure’ session on their evaluation of the M74 completion project. After lunch, Malcolm Neil presented alongside Peter Davidson Consultancy on the update of the multi-modal Transport Model for Scotland (TMfS) at the ‘Data and Modelling’ session which was also chaired by David Connolly (SYSTRA’s Director of Innovation). Pamela Gidney also gave a presentation on the Tackling the School Run research study for the Scottish Government at the ‘Changing Travel Behaviour for the Next Generation’ session. 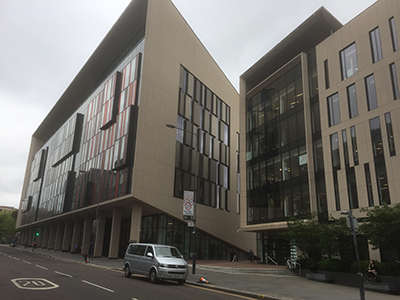 The afternoon plenary session kicked off with a presentation from Cycling Scotland and Abellio about initiatives put in place to raise awareness and encourage cycling as an alternative option for commuters during the closure of the Queen Street tunnel last year. The formal proceedings ended with a presentation by Tom Rye from TRI at Napier University on research looking to understand the reasons behind the (higher) cost of transport infrastructure projects in the UK compared to other countries. Progress has stalled with Tom reporting it being easier to source data from continental Europe compared to closer to home…by all accounts though it sounds like Tom is not for giving up, so watch this space!

Across the day, recurring themes pointed to: • Collaboration (within and between transport and other sectors) – very much the word of the day! • Uncertainty – UK political landscape, Brexit and further afield too. • Opportunity – technology and the position of transport to unlock the potential as well as ensuring Scotland is at the forefront.

Perhaps points not new to some, but a reminder to us all as we go about our project work day to day and craft the next winning proposal.

Further information about the conference and copies of all the papers from this year’s programme can be found at – http://www.starconference.org.uk/star2017.html

The call for 2018 STAR papers will come out in December…so there’s plenty time to think about sharing further the great work and projects we do at SYSTRA!