The Department for Transport launched its first national cycling and walking strategy last Friday. Importantly it sets national targets and presents a programme of funding and technical support available to those delivering changes on the ground.

The targets include doubling the number of cycling journeys (including those made as part of longer journeys), reducing cycling accident rates and generating a 10% increase in walking to primary school. The latter is particularly important because of its influence on the next generation.

To achieve this, the government will be investing £1Billion over the next five years, allocated to large-scale infrastructure in major cities, a series of safety schemes along the trunk road network, cycle training, walk to school initiatives, and a series of behaviour change projects. There is a strong steer that local growth funding and local transport allocations should be invested in sustainable transport and local authorities are to be offered help with developing their cycling and walking implementation plans.

The business case for investing in walking and cycling is well-made and broadly accepted. Research by the Department of Transport has shown that for every £1 invested in cycling and walking, there is a £6.30 return. https://www.gov.uk/government/uploads/system/uploads/attachment_data/file/416826/cycling-and-walking-business-case-summary.pdf.

There is a strong case too for shifting spending from roads towards walking and cycling. A recent study by Lund University in Copenhagen, concluded that cycling costs society and the individual six times less than journeys by car. This is the first time that the full costs of car use have been compared with cycling, taking account of health, air quality, noise, road maintenance and congestion. http://www.lunduniversity.lu.se/article/watch-six-times-more-expensive-to-travel-by-car-than-by-bicycle

In contrast to the last national cycling strategy (1996), the context for the Government’s ambitions is much more positive. Cycling is an established part of the transport mix in London and other major cities. Many schools, universities and workplaces promote active travel as part of their own environment and health initiatives and there is much more public support. In the biggest survey ever conducted on attitudes to cycling in the UK, Sustrans quizzed residents of eight large cities. Three quarters (75%) of people want national governments to invest more in making cycling safer and nearly eight in ten (79%) people say they want improved safety for people riding bikes. http://www.sustrans.org.uk/bike-life/overall-survey

There will be challenges of course. Within a common strategy, there must be balance in meeting the needs of pedestrians and cyclists, particularly when these journeys are further defined by age, gender, disability and social grouping. Walking and cycling networks are not necessarily compatible and vary in scale.

Whilst the eight Cycling Cities in England (Bristol, Birmingham, Manchester, Leeds, Oxford, Cambridge, Norwich and Newcastle) will be happy to secure continued funding, others will be frustrated that they must rely on existing local allocations for the foreseeable future.

As urban populations grow, there is increasing pressure on highway space and the freedom of car drivers in city centres will need to change. The issue of revenue funding will be critical too, particularly where there is a need to promote walking and cycling where active travel has a low profile or with target population groups. Research carried out in the sustainable travel towns stressed the value of a significant investment in behaviour change as well as infrastructure projects.

It is encouraging that help will be made available to those taking strategies and investment plans forward. This support must be based on sound knowledge of good practice and requires a subtle blend of pragmatism with a passion for what is possible.

SYSTRA can help here. We have proven capabilities across a range of walking and cycling projects including strategy development, propensity modelling, feasibility studies, detailed design and project delivery. Our personal and workplace travel plan projects have led to sustained changes in travel behaviour. 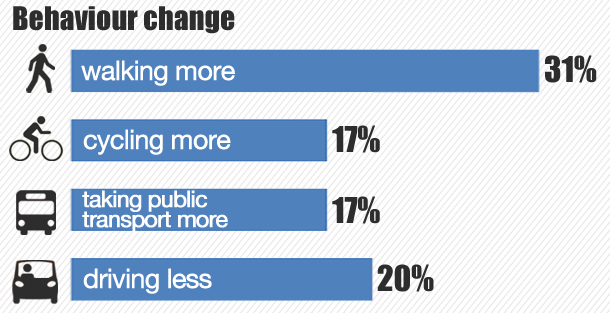 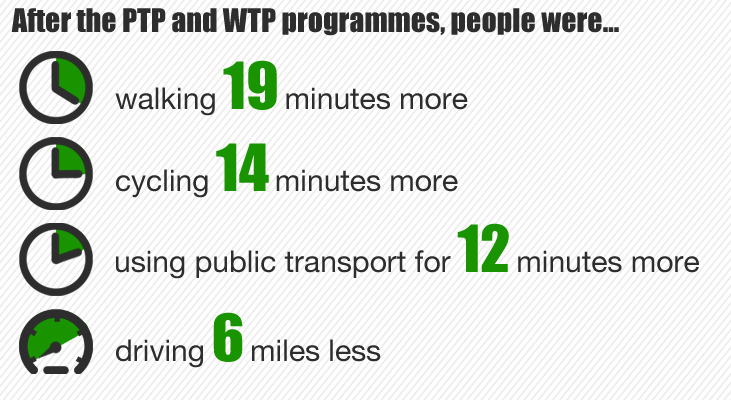