Pierre Gosset, Chief Technical Officer, and Jean-Charles Vollery, Chief International & Development Officer, joined SYSTRA’s Executive Board on 1 July 2019. With an Executive Board bringing together complementary backgrounds and skills, the Group is now organised to pursue its development in France and internationally under the best possible conditions.

With the aim of accelerating its growth and transformation, SYSTRA has promoted two members of its current Executive Committee to the Executive Board. Pierre Gosset and Jean-Charles Vollery will respectively be tasked with developing new activities, notably innovative and digital, and ensuring the international development of the Group, relying on a network of experts spread throughout the world.

Chief Executive Officer, Chairman of the Executive Board

« I am happy that Pierre Gosset and Jean-Charles Vollery are joining us at the Executive Board alongside Andrew McNaughton, Chief Operating Officer, and Bruno Schmitt, Chief Finance & Administration Officer. Their solid experience in the transport sector and their thorough knowledge of the company are definite advantages at a time when SYSTRA is aiming to be the signature team for tomorrow’s mobility. These appointments are also an occasion for SYSTRA’s Executive Board to promote two pillars of our organisation, experts in their field and with a strong international reputation. » 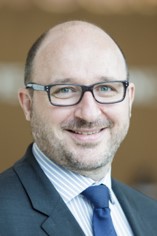 Pierre Gosset will in particular supervise the development of new activities linked to Digital and Innovation, a major theme serving SYSTRA’s signature team positioning. A graduate of the École Centrale de Nantes and INSEAD, Pierre has 25 years’ experience in the fields of rail and urban transport. He started his career with RATP in 1995 as Technical Manager within the department in charge of the on-board signalling systems. In 1998, he joined the Transport Information Solutions division of Alstom Transport, where he became the Operations Director for urban transport. He notably supervised the activities of this entity in Saint-Ouen, Rochester, São Paulo, and Shanghai. In 2007, he joined the French region as Director with responsibility for local authorities. Three years later he was appointed Director of the Tramway platform as part of the Rolling Stock and Components division, then Vice President of Alstom Transport engineering. Pierre joined SYSTRA in January 2015 as Chief Technical Officer and member of the Executive Committee. 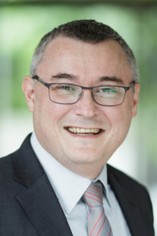 Jean-Charles Vollery, a graduate in Civil Engineering with a specialisation in bridges from HEI and CHEC, has 23 years’ international experience in transport infrastructures. He has steered large infrastructure projects, including those in the metro, conventional rail, high-speed line and motorway fields. Having joined SYSTRA’s Technical Directorate in 1996, within the Civil Engineering and Infrastructure department, he was appointed CEO of SYSTRA in India in 2007 having led projects in South Korea and China. In 2012 he became SYSTRA’s Senior Vice President of the Asia Pacific region, based in Hong Kong. During this position, beyond the organic development of the region, he was responsible for identifying, then managing and integrating, four acquisitions, developing the Asia Pacific region into the Group’s largest international region. In January 2016, Jean-Charles Vollery joined SYSTRA’s Executive Committee. Since the end of 2017, he has been Chief International & Development Officer. He is responsible for the Asia Pacific and Middle East regions, and for the Bridges and Design & Build activities throughout the world. In April 2019, his responsibilities were enlarged to include all SYSTRA’s international activities, which represent approximately 70% of the group’s turnover and almost 5,000 colleagues.